We are very proud to have 5 local athletes competing in this competition! 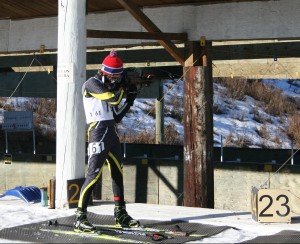 Marek Corbeil has been in biathlon for 9 years. He was first introduced tot he sport when his older brother joined. Marek has won two Calforex Cups and two gold medals in the 2012 Alberta Winter Games. He has attended two winter games. Marek has been part of the Hinton Nordic Club for a long time and is very excited for the North Americans. 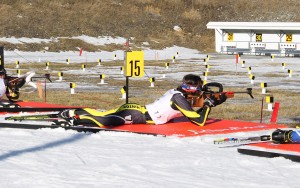 Matt Symbaluk described that he was lucky enough to be introduced into biathlon in 2008, at the age of 9. He began racing competitively in 2009 in the Air Rifle 1 category. He progressed to the Dev 1 and 2 categories with a step up to the .22 calibre rifle. During that time, Matt achieved the Calforex Cup in two consecutive years. He is now in the Senior category. Matt shared that it has been a fun road getting to where he is. There have been many podiums and cup wins along with the learning curves of placing mid to lower in the ‘pack’. He has travelled around Alberta and other western provinces to compete and achieved a rank of second and third in the Western Canadians competitions. Matt is thankful for having such a strong team along with him; “we have the best team spirit around” and the motivation and encouragement is never hidden. He shared that the Hinton team has amazing coaches training them from the summer ’round into winter. They always help the team to find ways to improve and tweak fitness and technique. With Nationals coming to Hinton in March, 2015, he has increased his training and preparation and looks forward to the opportunity to compete at this level. 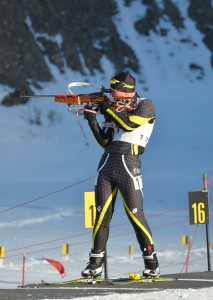 Remington Faid moved to Hinton in 2008 and was first exposed to cross-country skiing that year through the Jackrabbits program. Remington started biathlon the next year. He recalls his first race in Hinton in 2009 and that he placed last. He decided he had no where to go but up so he continued the sport the following season. He described that he slowly climbed the ranks and ended his 2010 season in the middle of his age category. In the following season, his training intensity increased and was able to place 3rd in Alberta in his category. Since that time, he has dedicated a large amount of his life to the pursuit of excellence in biathlon. He shared that his coaches and team mates have helped him every step of the way and is forever grateful for that. Throughout his career, Remington has competed in the Western Canadian Championships in Prince George, BC, North Battleford, SK, and Canmore, AB, as well as in the 2014 Alberta Winter Games in Camrose. 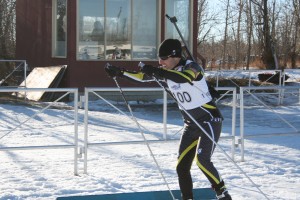 After coercing his 11 year old son to join biathlon in January of 2014, Ryan thought, “Why not give it a try for the 2014-15 season?”. Ryan bought his first pair of skate skis in early November and picked up his first rifle around the same time; now he’s hooked. This year he has competed in 3 races (Canmore, Grande Prairie, and Edmonton) and is eagerly looking forward to the challenge of the National Championships in March. He thinks the greatest thing about biathlon in Hinton is the support from the team, the coaches, the biathlon families, and other competitors from around the province. 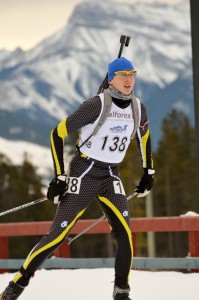 Stephane Briand was introduced to the sport of biathlon during the 2005-2006 season. After having lots of fun he decided to compete in the 2007-2008 season. In his first race ever he finished in 3rd place. Now he is racing in the Youth Men category. He has attended all three winter games that he was eligible for, which were held in Cold Lake, Stony Plain and Canmore. He has raced in Canmore, Edmonton, Grande Prairie, Camrose, Prince George, North Battleford and, of course, Hinton. During the Cold Lake winter games, Briand walked away with 3 silver medals which has been the highlight of his career before he qualified for the North American Championships which he is very excited for. He is very thankful for the countless hours put in by his coaches who are always giving him the next thing to work on. He is training five days per week leading up to the Championships and feels that he is ready to face the challenge. He is interested to see how he does at the next level of competition.

We are located just 20 minutes north of Hinton AB in William A Switzer Provincial Park, 1 hour east of the town of Jasper.